At My Nametags, we know how quickly children grow and how fast families can get through clothes. Whether it’s stubborn stains or growth spurts, the turnover of clothing in families can feel very high.

However, recent figures from WRAP suggest that extending the lifespan of clothes by just three months could result in a 5-10 percent reduction in carbon, water, and waste footprints. So, to try to understand this issue a little better, we conducted research into parents’ attitudes towards second-hand clothing for their children.

To our surprise, our study found that more than one in 10 UK parents throw their children’s uniforms away once they have outgrown them, even if they are still in a wearable condition.

When it comes to damaged items, almost half of parents said they would prefer to throw the garment away than attempt to fix it. What’s more, over half of families own clothing that they have never worn.

It seems parents still consider new to be best as 81 percent always buy their children’s school uniforms new. There are several reasons behind this, with many suggesting it is easier (31 percent) and that they want their kids to have the latest things (19 percent). In addition, nearly half (41 percent) said they don’t like the thought of their children wearing previously owned clothes.

While it seems that some proactive measures are being taken to make clothing last longer, with almost a third of parents buying uniforms in bigger sizes so their kids can grow into them, our study found that school uniforms are still being replaced, on average, every 10 months – the equivalent to one uniform for every school year.

Interestingly, despite some parents in the UK adopting a throwaway attitude to uniforms, the research did suggest that parents are more likely to donate their old clothes to charity shops than they are to purchase second-hand clothing. In fact, over half of parents donate uniforms to charity shops once they have been outgrown, suggesting that there is a disconnect between the number of people who want to give clothing a new life, and those that actually do.

WHAT THE EXPERTS SAY

Commenting on parents’ attitudes towards buying second-hand, Dr Jo Hemmings, Behavioural Psychologist, said: “There are a number of reasons why parents are reluctant to purchase second-hand uniforms for their children and continue to buy new year on year.

“Firstly, the word ‘second-hand’ has the connotation that somehow parents are not doing the best by their children. ‘Brand new’ has much more positive connotations. In addition to this, parents know that children can be very judgemental of each other in terms of clothing.

“In both instances, the parents’ attitudes towards second-hand clothing stem from their inherent sense of pride – a fear that people will assume that they can’t provide for their child effectively if they can’t dress them in a brand-new school uniform. This type of pride, which is primarily driven by other people’s opinions, is known as ‘hubristic pride’ and adds very little positive value to life.

“However, there is a second type of pride, ‘authentic pride’, which is centred around the fulfilment and achievements of yourself and those around you. This has a much more positive value and, importantly, cannot be achieved by wearing a new blazer. It can, however, be achieved by teaching children valuable lessons about the environment and the fact that the clothes they wear have no impact on their ability to ‘fit in’ or to be successful in life.”

With awareness of the environmental impact of our clothing growing, it is important for us all to consider how our attitudes towards the disposal and re-use of clothes could be affecting the planet. Clothing which has been cared for can and should be reused, and with a little help from a name tag, can become another child’s personalised piece.

PrevPreviousBack to School – The Importance of Labelling
NextThe New ClassroomsNext 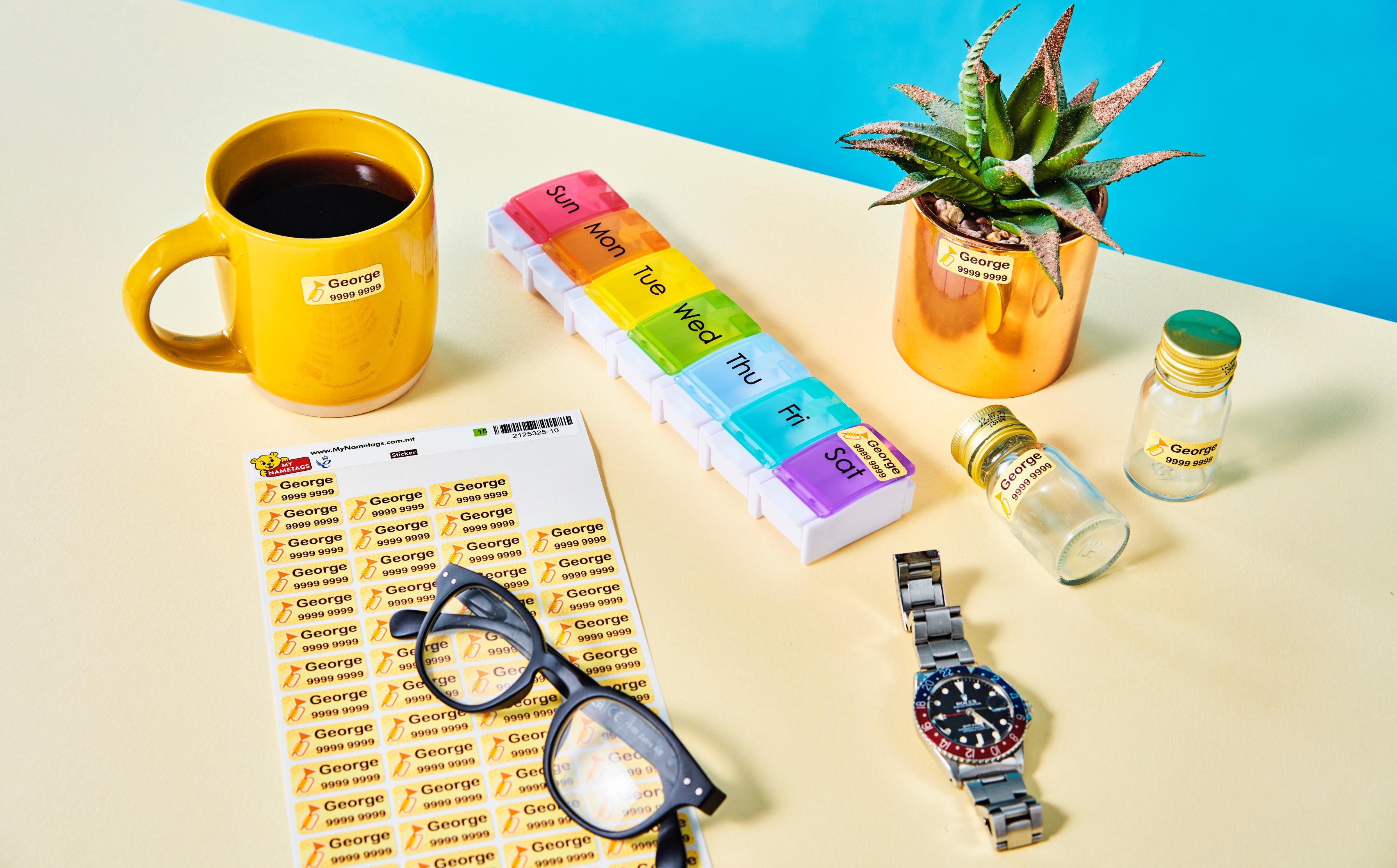 Using Iron-On or Sticker Name Labels in A Care Home

Do you have a relative in or going into a care home? If you do, there are many things you need to consider – including 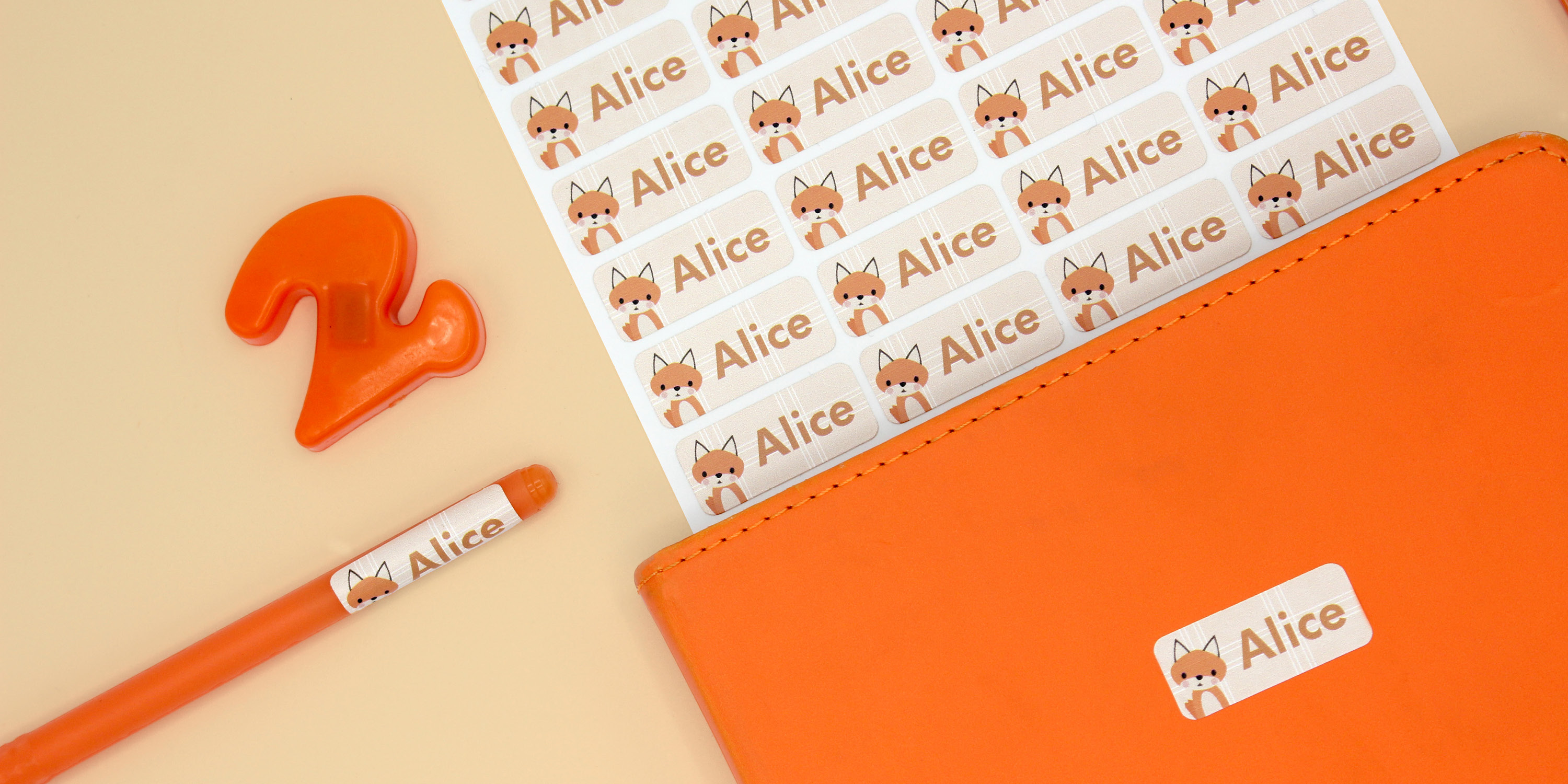 What Nametags Go on Books?

Suppose your child takes books to and from school and is at risk of mixing them up with another student’s book. This accident happens to